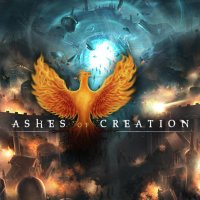 Ashes of Creation No Recoil

Ashes of Creation is an upcoming massively multiplayer online game currently being developed by Intrepid Studios Inc. The developers describe the genre as a ‘build your own adventure’ type game, as the player activity dictates how the world changes. Because of this, each server will have its own economy, rate of growth and story. The game is currently in Pre-Alpha stages. No release date has been announced. Intreped Studios placed the game on Kickstarter on May 1, 2017 and fans met the initial goal within hours. Stretch goals were added and the collective take was over $3 million.

A subscription based model has been confirmed. Unknown if the game will have an initial purchase price or if collector editions will be available. Conceptually the initial max level will be 50, but as everything else is subject to change. The game is built on Unreal Engine 4.