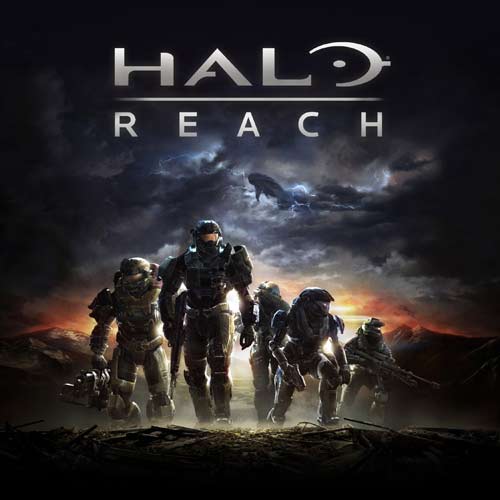 Halo: Reach is a first-person shooter in which players predominantly experience gameplay from a first-person perspective; the game perspective switches to third-person when using certain weapons, equipments, vehicles and when a player dies. Gameplay is more similar to Halo: Combat Evolved than later games in the series. The player’s head-up display displays and tracks a player’s current weapons, abilities, and health; it also contains a compass and a “motion tracker” that registers moving allies, enemies, and vehicles in a certain radius of the player. The HUD changes when the player pilots aircraft and spacecraft.

In the game’s campaign, which can be played alone or cooperatively, players assume the role of Noble Six, a supersoldier engaged in combat with an alien collective known as the Covenant. The Covenant come in eight distinct varieties with different ranks and classes for each type; for example, Elites are the leaders of a group, while Grunts are less intelligent and only dangerous in large groups. The player is equipped with a recharging energy shield that absorbs damage from weapons, fire and impacts. When the energy shield is depleted, the player loses health. When the player’s health reaches zero, the character dies and the game reloads from a saved checkpoint. Health is replenished using health packs scattered throughout Reach’s levels. The campaign’s encounters with enemies are typically large, open spaces with weapons caches, cover from enemy fire and strategic vantage points. New to the Halo series are dogfight sequences set in space.

Reach features updated versions of old weapons, plus new weapons fulfilling various combat roles. In Halo 3, players can carry single-use equipment power-ups that offer temporary offensive or defensive advantages.[8][9] This system of single-use equipment is replaced in Reach by reusable and persistent armor abilities that remain with a character until they are replaced by a different equipment. The abilities are sprint, which allows the player to move at an increased rate for several seconds; jetpack, which allows the player to fly for a limited time; active camouflage, which makes a player harder to see (the less the player moves, the more camouflaged they will be); hologram, which creates a facsimile of the player running towards a target point; drop shield, which creates a bubble that heals those inside and protects them from a limited amount of damage; and armor lock, which immobilizes the player, but grants invincibility for a brief period of time. When the player exits armor lock a close range EMP, breaking nearby player’s shields and pushing away movable movable objects such as ammo crates and boxes. If a vehicle rams a player that is armor locking, the vehicle will sustain heavy damage. When playing as a Covenant Elites, players also have access to an evade armor ability which allows the player to quickly dash in any direction.

Multiplayer
Reach supports player-versus-player multiplayer through splitscreen on a single Xbox 360, local networks (System Link), and the Xbox Live service. The game includes standard multiplayer modes such as “slayer” and capture the flag, as well as gametypes new to the franchise. In “headhunter”, players drop skulls upon death, which other players can pick up and deposit at special zones for points. When players die, all their accumulated skulls are dropped. “Stockpile” has teams race to collect neutral flags, holding them at capture points every minute for points. “Generator defense” pits three human supersoldiers, or Spartans, against three Covenant soldiers called Elites. The Elites’ objective is to destroy three generators, while the Spartans defend the installation. After every round the players switch roles. “Invasion” is a six versus six mode with three squads of two on each team. The gametype matches Spartans against Elites; Elites vie for control of territories to disable a shield guarding a navigation core. Once the shield is disabled, they must transfer the core to a dropship; the Spartans must prevent this. As the game progresses, new vehicles and areas of the map become open. The gameplay for Spartans and Elites is similar, but not identical Elites are both larger and have a bigger hitbox, but are able to move slightly faster. Additionally, they are able to regenerate their health completely regardless of how damaged they were. Depending on the game mode the player chooses, Spartans and Elites have different default loadouts. However, if playing locally, the player can alter the loadouts for both Spartans and Elites to be whatever the player chooses in the settings menu.

Alongside other multiplayer options is “firefight”, where players take on increasingly difficult waves of foes in a game of survival. Players can customize the firefight options, including the number and types of enemies. Firefight versus allows a player-controlled Elite team to try to stop a Spartan team from scoring points. Game modes like generator defense are also playable in firefight.

Also included with Reach is “Forge”, a level editor. Players can edit the default multiplayer maps and a large empty map known as “Forge World”, adding or modifying spawn points, weapons and items. Objects may be phased into other objects, and can also be snapped to specific orientations. Other included features are the “theater”, where players can watch saved films of their games and take screenshots and video clips for posterity, and the file share, where players can upload their screenshots, films, custom maps, and gametypes for public viewing. wikipedia