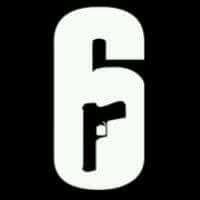 All your bullets will land together

Tom Clancy’s Rainbow Six Siege is a first-person shooter game, in which players utilize many different operators from the Rainbow team. Different operators have different nationalities, weapons, and gadgets.[2] The game features an asymmetrical structure whereby the teams are not always balanced in their ability choices.[3] The base Counter-Terrorism Units (CTUs) available for play are the American Hostage Rescue Team (referred to in-game as the FBI SWAT), the British SAS, the German GSG-9, the Russian Spetsnaz and the French GIGN, each of which has four operators per unit split between attackers and defenders (other units were later added through downloadable content, see below). Players also have access to a “Recruit” operator who can choose from a more flexible assortment of equipment at the expense of having a unique gadget or the ability to customize their weapon. Players can pick any operator from any unit that is defending or attacking before a round starts, choosing spawn points as well attachments on their guns but are not allowed to change their choices once the round has started. An in-game shop allows players to purchase operators or cosmetics using the in-game currency, “Renown”, which is earned at the end of matches from actions performed in-game. Different gameplay modes award renown at different rates, with ranked matches offering the largest renown multiplier potential per match. Renown gain rate can also be affected by the usages of “boosters” which gives the player a 100% increase in all renown earned for various duration, starting with 24 hours. A premium currency known as “R6 credits” can also be purchased using real-world currency to get operators quicker in-game, or other cosmetic.[4]

In online matches, when a round begins the attackers choose one of several spawn points from which to launch their attack while defenders do the same from which to defend from. A one-minute preparatory period will then commence wherein the attackers are then given control over mecanum-wheeled drones to scout the map in search of enemy operators, traps and defensive set-ups in addition to the target objective(s),[5] while the opposition establishes their defences and tries to do so without having the defensive and target objective(s) details being discovered, chiefly through destroying the drones.[6] Maps in the game are designed to encourage close quarters combat, and players cannot respawn until the end of a round. Players who were killed by opponents can enter “Support Mode”, which allows them to gain access to drone’s cameras and security cameras so that they can continue to contribute to their team by informing them of opponent locations and activities.[7][8] Matches last only four minutes for a casual and three minutes for a ranked.[9] Teamwork and cooperation are encouraged in Siege, and players need to take advantage of their different abilities in order to complete the objective and defeat the enemy team.[5] Communication between players is also heavily encouraged.[5][10] The game also has a spectator mode, which allows players to observe a match from different angles.[11]

The game features a heavy emphasis on environmental destruction[12][13] using a procedural destruction system. Players can break structures by planting explosives on them, or shoot walls to make bullet holes.[14] Players may gain tactical advantages through environmental destruction, and the system aims at encouraging players to utilize creativity and strategy.[14][15] A bullet-penetration system is featured, in which bullets that pass through structures deal less damage to enemies.[13] In addition to destruction, players on the defending team can also set up a limited number of heavy-duty fortifications on walls and deployable shields around them for protection; these can be destroyed through breaching explosives or by utilizing operator specific gadgets like thermite in the case of the former.[16] In order to stop attackers’ advance, defenders can place traps like barbed-wire and explosive laser wire traps around the maps.[17] Vertical space is a key gameplay element in the game’s maps: players can destroy ceilings and floors using breach charges and can ambush enemies by rappelling through windows.[5] Powerful weapons like grenades and breach charges are valuable, as only a limited amount can be used in a round.[9]

Modes
At launch, the game featured 11 maps[18] and 5 different gameplay modes spanning both PVE and PVP. With the downloadable content (DLC) released post-launch with an additional four maps from year one and three maps from year two – there are currently 20 playable maps. The gameplay modes featured include:

Hostage: a competitive multiplayer mode, in which the attackers must extract the hostage from the defenders, while the defenders must prevent that from happening either by eliminating all of the attacking team or successfully defending the hostage until the time expires. A secondary manner of winning can occur if the attacking or defending team accidentally damages the hostage, causing the hostage to “down”; if the opposing team can prevent the revival of the hostage, and the hostage bleeds-out and dies, they will win the round.[19]
Bomb: a competitive multiplayer mode, in which the attackers are tasked with locating and defusing one of two bombs. The defenders must stop the attackers by killing all of them or destroying the defuser.[20] If all attackers are killed after the defuser is planted, the defuser must still be destroyed for a defending victory.
Secure Area: a competitive multiplayer mode, in which the defenders must protect a room with a biohazard container, while the attackers must fight their way in and secure it. The match ends when all players from one team are killed or the biohazard container is secured by the attackers when there are no defenders in the room.[21]
Tactical Realism: a variation of the standard competitive multiplayer modes, added with the release of the Operation Skull Rain DLC. The game mode features a heavier emphasis on realism and teamwork, removing most of the heads-up display (HUD) elements, the ability to mark opponents, and the ability to see teammates’ contours through walls, while also featuring the addition of a realistic ammo management system.[22] This mode is no longer in the game but some aspects are in the other multiplayer modes.
Terrorist Hunt: a solo[23] or cooperative multiplayer mode for up to five players. Players take on the role of either attackers or defenders, and must fight against waves of enemies controlled by artificial intelligence across various modes like Bomb, Hostage or Elimination (Terrorist hunt classic).[24][25]
Situations: the game’s most significant single-player component, with 10 solo and 1 co-op multiplayer missions that serve as introductory and interactive tutorials to the game’s mechanics.[26]
Outbreak: A limited time event exclusive to Operation Chimera, Outbreak pits a 3 player team in a co-op PVE environment against an alien biohazard threat, namely AI-controlled heavily mutated forms of humans infected with said alien parasite. Two difficulties exists for this mode, for which the chief difference was the inclusion of friendly fire on the harder one. wikipedia