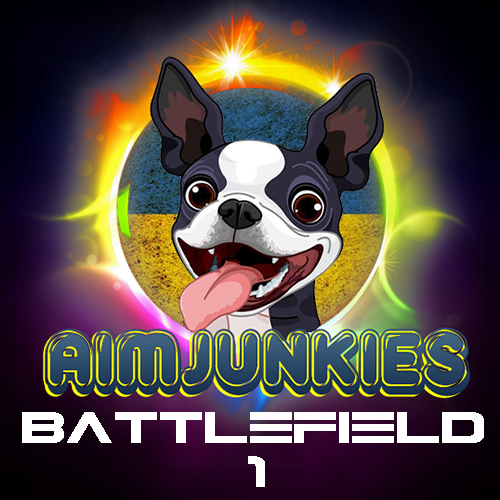 Battlefield 1 Cheats: What You Need To Know

Set in World War I, Battlefield 1 is the most anticipated first person shooter game of the year. One week before the official release, the game was playable for Origin Subscribers with our Battlefield 1 Cheats. Being another first person action shooter by EA, Battlefield 1 is the latest installment in the battlefield universe. The action shooter has been receiving great reviews since its October 2016 release making it the number one best seller in the USA market for October. The epic multiplayer game features the same intensive gaming action that players have come to expect with increased playing action for up to 64 players making for totally incredible gameplay.  Even at this point, videos showed that Battlefield 1 hacks could play a big role in this game.

Multiplayer feels new and fresh, but with the same mechanics we players have used for ages. BF1 cheats however can significantly alter the experience. In the game, players can choose between 5 battlefronts and dive in to real historical battles. This gameplay lasts around one hour and provides a dynamic point-based competition. Based on that, raging battle will move to different parts of the map, offering fresh experience. All that considered, it’s common for players to use BF1 hacks like the BF1 aimbot to improve their competitive edge against the rules. Ultimately, losing too many points will grant the aid of a zeppelin to the weaker side. This unique aircraft comes with the great power and is fully capable of turning the battle around. Once it is destroyed however, it will fall down on the ground, changing the map landscape completely. Players relying on Battlefield 1 cheats like the Battlefield 1 aimbot may find the zeppelin to be all they need for an exciting game. All of these features combine to create an absolutely unique map experience each time.

BF1 is known for its Multiplayer aspect, with little support for single player campaigns. Although there were some downsides with AI performance and overall story length, it can provide an immersive WW1 experience with the use of Aimjunkies BF1 hacks and BF1 cheats. This even considers use of the Aimjunkies BF1 aimbot, which is less of a competitive problem for non aimbot users in single player.

Currently available classes include: Assault, Support, Medic, Scout, Vehicle, and Elite. Each one of them comes with a focused role in the game, and careful selection is a must. Even when players use Battlefield 1 cheats, it often comes down to having the right class for the right situation.

This new Battlefield allows players can battle as infantry and take control of amazing land, sea and air with gameplay that sees players travel the globe from the burning deserts of Arabia to experience defenses in the heavily Alps during the birth of warfare during World war 1. In bf1, players can experience the best in single player play while enjoying a sweeping anthology-style experience in the single player story: the runner. Set in Gallipoli during the experience of Anzac Day, story line traces the experiences of Australian soldiers landing on the shores of Gallipoli during the Anzac Day landings

Weapons come in great variety from bolt action anti-tank and automatic rifles to snipers, knives and pistols. Players often enhance their weapon choice through use of Aimjunkies in-game mods like our Battlefield 1 aimbot.

Air battles might be the very best aspect of the game when players use Battlefield 1 cheats. They are unique, fast-paced and pack tons of fun. It can feel like an entirely different game, with all the action-packed features Aimjunkies creates for fighting in the air.

Battlefield 1 is strong on incredible sweeping campaigns paired with the outstanding graphics players have come to expect from the Battlefield series. In addition, players will be blown away by multiplayer World War I platform whose virtual reality realism enhances gameplay to a higher level than the series previous offerings. EA has managed to create a series of well-crafted powerful set pieces that are sure to be gamer favorites with the best console combat play in the current console generation.

Other vehicles and transportation include tanks, cars and horses. Tanks come in three categories: light, medium and heavy. Certain classes can specialize in taking tanks down, making them crucial for every team. It is also worth mentioning that this is the first time tank repairs can be done from inside of vehicle, even though they’re faster when completed outside of the tank. Players trade off speed for safety.

The five different amazing stories within bf1 are engaging and wholly thought-provoking as players experience the battles of five combat soldiers within a world of conflict. With voice acting and story narratives that are engrossing and completely immersive, Battlefield 1 is a sure fire winner that makes a great addition to the Battlefield universe.