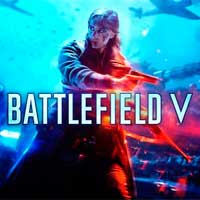 Battlefield 5 Vehicle Wallhack ESP
Seeing enemy vehicles in Battlefield 5 will allow you to more quickly and efficiently make your path to get to a place on the map without getting killed by a enemy.

Battlefield 5 Auto-Melee
Get into a close combat battle with an enemy? Do not fret, with the Battlefield 5 Cheat, turn on “Auto-Melee” and win those face-to-face battles with defeating your opponent with your trusty melee weapon.

Battlefield 5 Hardcore Cheat
Playing hardcore? Perfect! Use our cheat to enable the HUD, enable the minimap, and enable your squad to spawn on your or the squad leader.

Battlefield 5 2D Radar
Keep tabs on all players whether it is the built-in cheat radar or the in-game minimap. Be all-knowing and make ambushes quick and seamless!

Battlefield V will focus extensively on party-based features and mechanics, scarcity of resources, and removing “abstractions” from game mechanics to increase realism. There will be an expanded focus on player customization through the new Company system, where players will be able to create multiple characters with various cosmetic and weapon options. Cosmetic items, and currency used to purchase others, will be earned by completing in-game objectives.

The game will feature several new multiplayer modes, including the “continuous” campaign mode “Tides of War”, “Royale”, and “Grand Operations”. The Grand Operations mode is an expansion of the “Operations” mode introduced in Battlefield 1, which focuses on matches taking place across multiple stages to simulate a campaign from the war. In Grand Operations, each round will have specific objectives, and performance in each stage will influence the next. Games will culminate with a “Final Stand”, with players using only a primary weapon with limited ammo, and no respawns. Grand Operations will not be available on launch. Similarly to Battlefield 1, the game will feature a collection of single-player “war stories” based on aspects of World War II. The battle royale mode will be built around the franchise’s “core pillars of destruction, team play, and vehicles”. Wikipedia