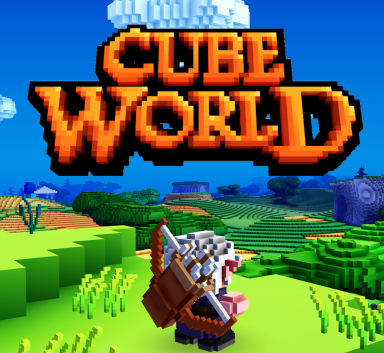 Don’t worry about any enemies killing you

Eliminate enemies with ease with the damage hack enabled

Own the world with fast attacks and mow down your enemies

Have a sweet weapon you want in another region? Edit the region it’s tied to.

In Cube World, the player explores a large voxel-based world. It contains dungeons, including underground caverns and overworld castles, as well as biomes including grasslands, snowlands, deserts, and oceans. Players can use items such as hang gliders and boats to traverse the world more quickly.

The game features character creation, which involves the player first choosing a race and sex then customizing the look of the character. The player then chooses one of four classes: warrior, rogue, ranger, or mage, each of which have access to unique armour, weapons, and abilities. The world is populated with monsters and creatures which can be killed for experience points, which results in stronger stats and abilities and allows players to choose specializations which best suit their playstyle, such as warriors being able to choose between focusing on damage or defensive abilities, or mages focusing on damage or healing abilities. Players can also tame animals, such as sheep or turtles, which fight alongside them, or, in some cases, can be ridden to traverse the world more quickly. Crafting is also a part of the game; it allows players to create food, potions, weapons, and armor, as well as cosmetics. wikipeddia