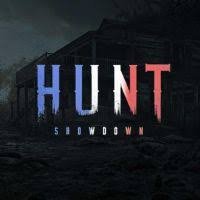 Hunt: Showdown is a first-person shooter survival horror video game published by Crytek. The game is set in the late 1890s, and details the hunters who take down various monsters that have since overrun the world. The game was originally in development at Crytek USA, who wished to create a spiritual successor to Darksiders—a video game series developed by their predecessor, Vigil Games—under the title Hunt: Horrors of the Gilded Age. After the initial announcement in June 2014, Crytek USA was shut down due to financial issues, and the development was brought to the Crytek headquarters. The game, under the new title Hunt: Showdown, was re-announced in May 2017. Hunt: Showdown was launched on Steam in early access on February 22, 2018, and for Xbox Game Preview on May 29, 2019. The full release of the game launched on August 27, 2019 for Microsoft Windows and will be released on Xbox One on September 19, 2019[2] with a PlayStation 4 release planned for later in 2019. wikipedia