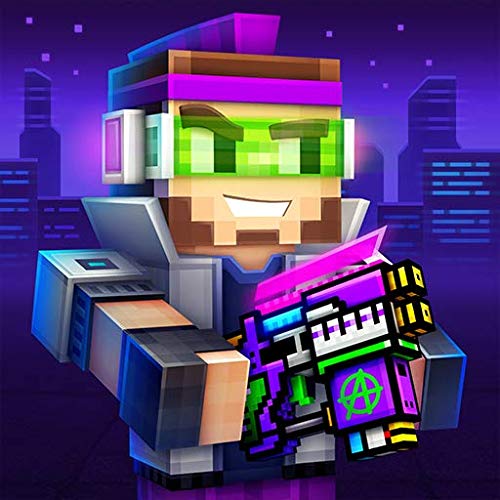 Know where all your foes are no matter the game mode

Be a killing machine with a spot on aimbot

Pixel Strike 3D is a Multiplayer First-Person Shooter that features fast-paced gameplay and a wide variety of player customization. This is not your average pixelated gun game. It’s time to stop crafting and start shooting!

⚔️ MULTIPLAYER! – Fight real players from all around the world in epic multiplayer matches!
🪂 BATTLE ROYALE – Drop into a huge map, find loot, and get the victory royale!
👕 CUSTOMIZE – Buy new hats, boots, gear, skins and more! Unlock rare gun skins!
🕹️ MINIGAMES – Play fun minigames like Dodgeball, One in The Chamber, Duck Hunt, and more!
👪 FRIENDS – Squad up! Add friends, invite them to games, and chat with them!
🧟 ZOMBIES – Survive the Zombie Apocalypse in Infected mode! Last man standing wins!
🎨 SKIN CREATOR – Make your own skins and use them in multiplayer!
🚩 CLANS – Make a clan, design your own logo, invite your friends, and top the leaderboards!
🔪 MURDER MYSTERY – Stop the murderer before they kill all of the party guests!
💣 PLANT THE BOMB! – The Police must stop the terrorists from planting the bomb!
🏆 LEADERBOARDS – Reach the top of the Daily and Weekly Leaderboards and win big rewards!
🎁 CASES – Win rare hats, weapons, and gun skins in epic case openings!

Level up your character in the many unique game modes, unlock new snipers, machine guns, pistols, RPGs, and even lightsabers! Upgrade your guns with attachments like silencers and red dot sights!

What are you waiting for? Download this epic cube world multiplayer shooter today!