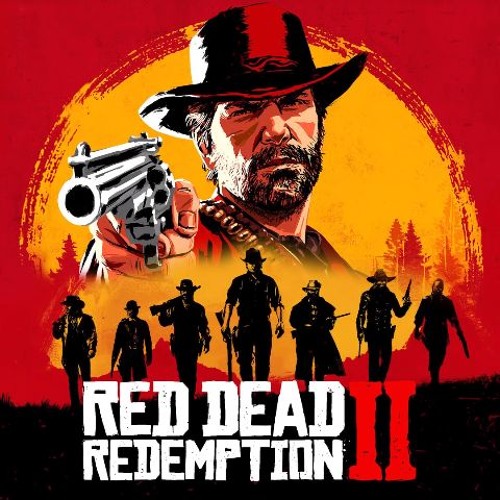 Red Dead Redemption 2 is a Western-themed action-adventure game. Played from a first or third-person perspective, the game is set in an open-world environment featuring a fictionalized version of the Western United States. The game features both single-player and online multiplayer components released under Red Dead Online. The player controls outlaw Arthur Morgan, a member of the Van Der Linde gang, as he completes numerous missions—linear scenarios with set objectives—to progress through the story. Outside of missions, the player may freely roam its interactive world. The player may engage in combat with enemies using melee attacks, firearms, or explosives. Combat has been refined from the game’s predecessor, and notable new mechanics consist of dual-wielding and the ability to use a bow. Unlike the previous game, the player is granted the ability to swim.

Red Dead Redemption 2’s unexploited land makes up the largest portion of the game world and features diverse landscapes with occasional travelers, bandits, and wildlife. There are urban settlements in the game, ranging from farmhouses to towns and cities.[5][6] Horses are the main forms of transportation, of which there are various breeds, each with different attributes. The player must either train or tame a wild horse to use it, except for stolen horses; however, they must saddle a horse to acquire ownership over it. Increased use of a horse will begin a bonding process, which can be increased by cleaning and feeding it, and the player will acquire advantages as they ride their horse. Stagecoaches and trains can also be used to travel. The player can hijack an incoming train or stagecoach by threatening the driver or passengers and then rob its contents or the passengers.

The player may also witness or take part in random events encountered from exploring the game world. These include ambushes, crimes committed by other people, pleas for assistance, ride-by shootings, public executions, and animal attacks. For example, as Arthur explores the Wild West, he can find specific people in distress. If he decides to help them, they will be thankful and may reward Arthur if he crosses them again. The player may also take part in side-activities. These activities include small tasks with companions and strangers, dueling, bounty hunting, searching for treasure or other collectibles around the map such as rock carvings, and playing poker, blackjack, dominoes, and Five Finger Filet. Hunting animals also plays a major role in the game, providing food, income, and materials for crafting items. When hunting, players need to take into account several factors, including the choice of weapon and shot placement, which affects the quality of the meat and pelt and subsequently the price traders are willing to pay. Players can either skin the animal immediately or carry the carcass, which will rot over time and decrease its value and attract predators.

The game focuses heavily on player choice for the story and missions. Certain moments in the story will give players the option to accept or decline additional missions and lightly shape the plot around their choices.[15] The player can communicate with any NPC in dynamic ways new to the series. Arthur can choose different dialogue trees with NPCs, such as having a friendly chat or insulting them. If the player chooses to kill an NPC, they can loot their corpse.[16] Red Dead Redemption 2 brings back the Honor system from its predecessor by measuring how Arthur’s actions are perceived in terms of morality. Morally positive choices and deeds like helping strangers, abiding the law, and sparing opponents in a duel will add up to the player’s Honor. However, negative deeds such as theft and harming innocents will subtract from the player’s Honor. The story is influenced by Honor, as the dialogue and outcomes for Arthur often differ based on his Honor level. Hitting milestones for Arthur’s Honor level will grant unique benefits, such as rewarding the player with special outfits and large discounts in stores. A low Honor level is also beneficial, as Arthur will receive a greater number of items from looted corpses.

Maintaining Arthur is important, as he can undergo conditions that affect his health and stamina attributes. In addition to a health and stamina bar, Arthur also has health and stamina cores. These affect the rate at which his health and stamina regenerate. For example, wearing warmer clothes will mean he avoids freezing in a cold environment, but wearing them in a hot environment will result in him perspiring. Freezing or overheating will rapidly drain Arthur’s cores. Arthur can also gain or lose weight depending on how much he eats, a feature absent from previous Rockstar games since Grand Theft Auto: San Andreas. An underweight Arthur will have less health but at an increase of stamina, while an overweight Arthur will be able to better absorb damage but will have less stamina. Arthur can eat and sleep to replenish his cores. The player can bathe to remain clean, and can visit a barber to change hairstyles; Arthur’s hair also grows realistically over time. The game features weapon degradation, with weapons requiring cleaning to maintain their performance. When Arthur uses a certain type of gun for a long period of time, he becomes more experienced with it, which improves weapon handling, reduces recoil, and increases the rate of reloading. wikipedia