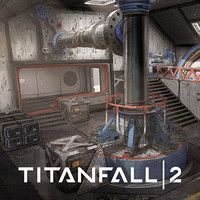 Save & Load settings for entire menu

In addition to being a sequel, “Titanfall 2” does away with its status as an X-Box One and PC exclusive. That’s right; Titanfall 2 is also available to PlayStation 4 owners. Furthermore, there is no real reason for PC owners to worry about having prior experience with “Titanfall” to enjoy Titanfall 2; Honestly with Titanfall 2 hacks it feels like the real game and with Titanfall 2 cheats it comes across more like a demo by comparison. One of the main reasons for this claim is that it actually has an entertaining single-player campaign mode in addition to the multiplayer free for all.

Much like its forebear, the meat of Titanfall 2’s gameplay involves a mixture of infantry combat with highly mobile equipment and various arms and giant machines, the titular Titans that serve as heavy-duty weapons systems. A bit of balancing has gone into the game’s relationship between humans vs. Titans, with both sides having special maneuvers or weapons designed to cope with the other side. Humans can leap onto Titans and mess around with their power cores and Titans can deploy “electric smoke” to shock humans attempting core hacking.

One grievance with the Titan-summoning mechanic in this game is that the time delay only reduces as you achieve kills, rather than from satisfying objectives. This is slightly counterbalanced by the ability to summon your Titan mech directly over an enemy’s Titan, obliterating the opposing Titan upon impact. Furthermore, this trick isn’t just something that players stumbled across while learning the ins and outs; it is actually something the player is taught to do in the tutorial portion of the single-player campaign.

Speaking of the single-player campaign, it actually has the well-developed story mode that players of Titanfall 1 had bemoaned the absence of. In the single-player campaign, players are introduced to the Battle of Demeter, an event that put the heroic Frontier Militia forces on the offensive in order to harvest as many resources as possible from Frontier system planets. Despite major setbacks, the rival faction known as the IMC are still more than capable in dispatching the Militia with TF2 hacks.

The player’s role in this story is that of Jack Cooper, a Militia rifleman with aspirations of becoming a Titan pilot in order to tackle the IMC on the front. After a training mission is cancelled by an IMC attack, Cooper’s mentor is mortally wounded and “BT-7274,” a Vanguard-class Atlas owned by the mentor, is brought off-line. With the man’s dying wish, Cooper’s mentor hands BT’s authorization codes over to Cooper. Once Cooper eventually charges BT’s power cells, the machine’s AI explains Spec Op 217; a mission that involves reuniting with a Major Anderson and joining the effort of completing BT’s original mission.

After slagging the instigators of the recent IMC assault and making it to Anderson’s coordinates, Cooper and BT discover a wrecked research base along with Anderson’s corpse. Upon further investigation, Cooper discovers that IMC has gained access to time-distortion technology and intends to put it toward the extermination of the Frontier Militia by starting with the Militia’s home base. BT discerns that this “Fold Weapon” requires a power source similar to what was used to decimate the research lab. Cooper and BT agree to broadcast a warning signal to the Militia in the hopes of mounting a timely defense.

Build Your Own Story As Jack Cooper with TF2 Cheats

After receiving Cooper’s signal, Sarah Briggs leads the offensive against the base the IMC have been using to store the “Arc” power source. Failing to stop the IMC, the Militia hijacks some of their own ships and Cooper directs the strike against the IMC Supercarrier that is covering the IMS Draconis. Cooper manages to make it onto the ship while piloting BT and is incapacitated prior to making it out. Upon returning to consciousness, Cooper is brought in front of Commander Blisk and Lieutenant Slone. In the efforts to escape capture, BT is injured by Slone and hands his CPU over to Cooper.

Cooper flees the Draconis on a new basic model Vanguard Titan that serves as BT’s newest frame and has a minigun weapon with TF2 Cheats. Cooper and BT serve as the vanguard of a final assault to reclaim the Fold Weapon. After dispatching Slone, the duo are tasked with reclaiming the Ark. Blisk shows up again but indicates he is strictly a mercenary, handing an Apex Predator card over to Cooper and quipping that Cooper has earned the merit.

Just as the weapon is poised to fire and with limited options that prove useless, BT plunges itself into the Ark’s core while ejecting Cooper to the surface. This sacrificial act causes BT’s power core to detonate within the Ark’s reactor and render the weapon useless. Cooper makes it off-world in time for his Militia friends to reclaim him, seeing the ruined planet of Typhon as a sign that the Fold Weapon is no longer a threat.