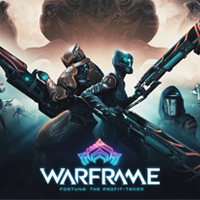 Warframe Aimbot
In Warframe, aiming is key. With our aimbot, gain an advantage over the enemies and dominate the competition.

Warframe Player ESP
Be omniscient and know where all the players are with our Player ESP!

Warframe 2D Radar
Keep tabs on all players whether it is the built-in cheat radar or the in-game minimap. Be all-knowing and make ambushes quick and seamless!

Warframe is an online action game that includes elements of shooters, RPG and stealth games. The player creates their Tenno character, which includes a basic armor unit called a “Warframe” which provides the player with special abilities, basic weapons (a melee weapon, guns, and sidearms), and a ship. Through the ship’s console, they can select any of the available missions to them. A main storyline set of missions requires players to complete certain missions across planets and moons in the solar system, to be able to access relays that they can progress to other planets or locations. Other missions rotate over time as part of the game’s living universe; these can include missions with special rewards and community challenges to allow all players to reap benefits if they are successfully met. Aboard the ship, the player can also manage all other functions for their Tenno, including managing their arsenal of equipment, customizing their Warframe and weapons, crafting new equipment, and access the in-game store.

Missions can be played alone or with up to four players in a player versus environment cooperative manner. Each mission is given a ranking that indicates how difficult the mission is. Missions are generally played on randomly generated maps composed of “tiles” of map sections. Missions have various objectives, such as defeating a certain number of enemies, collecting data from terminals without activating alarms, rescuing prisoners, or defending points on the map for set periods of time. Newer updates have added space-bound combat using Archwings, and a large open-field environment where numerous bounties can be completed. Players can use their weapons, special abilities, and a number of parkour style moves to navigate through and overpower forces within these missions. Downed players may choose to revive themselves up to a maximum of six times, or can be revived by other players an infinite number of times. Once complete, players are rewarded with in-game items, as well as in-game currency and items picked up while exploring the map; failure to complete a mission causes these rewards to be lost. In addition to cooperative missions, the game includes player versus player (PvP) content through the multiplayer “Conclave”, which also rewards the player for placing high in such matches. Wikipedia