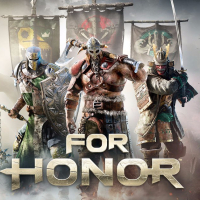 Player ESP / Wallhack
Be omniscient and know where all other players are around you so you can be ready to slice and dice.

Distance ESP
Be able to see how far other warriors are around you to however far you set it!

Aimbot
Dominate the competition with our aimbot!

Items ESP / Wallhack
Looking for a specific item without trying to check every corner? Not a problem! With our cheat, you can see all items around you!

For Honor is an action fighting game set during a medieval, fantasy setting.[1] Players can play as a character from three different factions, namely the Iron Legion (Knights), the Warborn (Vikings), and the Dawn Empire (Samurai). A fourth faction, the Wu Lin, was added in the Marching Fire expansion in October 2018. The four factions represent knights, vikings, samurai, and Chinese warriors respectively.[2] Each hero also has quotes in their own languages that will trigger when certain actions are performed. The Knights speak in Latin, the Vikings speak Icelandic, the Samurai speak Japanese, and the Wu Lin speak Mandarin. Each faction had four classes at launch, with two more being added at the beginning of every season of the Faction War. The Vanguard class is described as “well-balanced” and has excellent offense and defense. The Assassin class is fast and efficient in dueling enemies, but the class deals much less damage to multiple enemies. The Heavies (Tanks) are more resistant to damages and are suitable for holding capture points, though their attacks are slow. The last class, known as “Hybrid”, is a combination of two of the three types, and is capable of using uncommon skills.

All heroes are unique and have their own weapons, skills, and fighting styles.[3] Players fight against their opponents with their class-specific melee weapons. When players perform certain actions, such as killing multiple enemies consecutively, they gain Feats, which are additional perks. These perks allow players to gain additional points and strengths, call in a barrage of arrows or a catapult attack, or heal themselves.[4] In most missions, players are accompanied by numerous AI minions. They are significantly weaker than the player character, and do not pose much threat.

A tactical combat system, known as “Art of Battle”, is initiated when the player encounters other players or player-like AI in the multiplayer or higher health AI in the campaign. Players enter a dueling mode with them wherein players aim at their opponent with their weapon.[5] Players then can choose how to place and position their weapons from three directions (from above, the right, and the left) when they are attacking their enemies. By observing on-screen hints and the movements of their opponents, which reflect their respective attack position, players can notice the weakest part of their enemies and attack these parts. Choosing the correct position can block the other players’ attack. Players also have other special abilities, such as barging into enemies with their own shoulders and performing back-stepping swipes.[6] The strength of each attack can also be decided by players.[7] The system aims at allowing players to “feel the weight of the weapon in [their] hand”. wikipedia