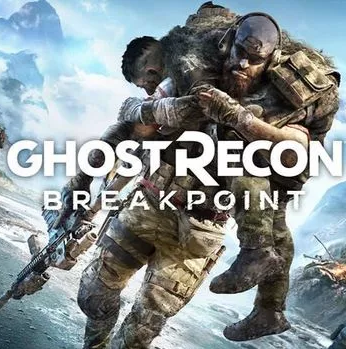 Like its predecessor Wildlands, Breakpoint is a tactical shooter game set in an open world environment. It is played from a third-person perspective and uses an optional first-person view for aiming weapons. Players take on the role of Lieutenant Colonel Anthony “Nomad” Perryman, a member of the Delta Company, First Battalion, 5th Special Forces Group, also known as “Ghosts”, a fictional elite special operations unit of the United States Army under the Joint Special Operations Command. The game world, Auroa, is an open world environment that features a variety of landscapes, and these can be used for tactical advantages. For instance, players can slide down rocky terrain and use mud to camouflage themselves. According to Ubisoft, Auroa is larger than the game world featured in Wildlands. Players have a variety of ways to traverse the open world, controlling various air, land and sea vehicles.[3]

The game is planned to launch with four character classes. Ubisoft announced plans to make more classes available through post-launch updates. Each class has its own abilities; for example, the panther is a class oriented towards stealth and is able to throw smoke bombs. The player will be able to switch between classes in-game. Players have to gather intelligence in order to progress through the game and can use a variety of methods to approach missions. As in previous titles in the franchise, they can utilize a variety of weapons in combat, with the player’s repertoire expanded to include combat drones and rocket launchers to kill enemies. Alternatively, the player can use stealth to silently neutralize opponents. In Breakpoint, players can equip a variety of new weapons and gear such as a blowtorch to cut through fences, sulphur gas grenades to kill enemies, and electromagnetic pulse grenades to disable drones and vehicles. Players can carry corpses away and hide them so that enemies would not become alerted. Fallen enemies will leave loot for players to collect. Fallen teammates can also be carried away so as to revive them safely.[4] Many of the new features added to Breakpoint were developed based on player feedback in Wildlands.

The game places a larger emphasis on survival than Wildlands. Enemies will be more numerous and the game will feature a wider range of enemy archetypes. These enemies will have access to many of the same weapons, skills and equipment that are available to the player. Enemies will respond more realistically to player actions and patrols wander the game world searching for the player. Ubisoft introduced these changes to give the player the sense that they were “no longer the most dangerous thing in the game world”. Players need to collect different resources in the game’s world and use them to craft resources such as bandages. Regular weapon maintenance checks are necessary to keep the weapons functional and the player will need to manage their character’s fatigue, hunger and hydration. Failing to do so may slow the player down, limit their ability to regenerate health, or cause them to make more noise while moving. The game uses a regenerative health system whereby the player character naturally recovers health, but serious injuries will impede the player character’s performance, as they will start limping and can no longer aim their weapon accurately.[5] Players can set up a bivouac shelter in order to heal themselves. The shelter is also the site where players can manage their weapons and inventory, customize their character and change the character’s classes.[6] The game can be played with three other players cooperatively, or in single-player with squadmates Kim “Fury” Hernandez, Benjamin “Fixit” Jones and David “Vasily” Zhang controlled by artificial intelligence. The game was initially announced to have no AI squadmates,[7] but the addition of AI squadmates was later amended as post-release content based due to negative feedback from players. Unlike previous Ghost Recon titles, Breakpoint will require a constant internet connection to play.[8]

The game’s story features dialogue choices. These will not affect the main narrative, but instead enable players to gain intelligence that may aid in their missions.[9][10] A competitive multiplayer mode will be released at launch, and end-of-game content such as raids are set to be introduced post-release. wikipedia